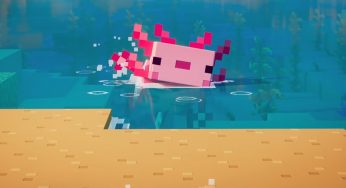 The axolotl exists in Minecraft just as it does in real life. However, you need to know some facts about this cute and funny amphibian before trying to catch and tame them in the game. You should know right away that unlike many other mobs in the game, this species has a lot of plot utilities and is useful against aquatic enemies. With that alone, you already wanted to have an axolotl in Minecraft, right?

It is worth remembering that the Axolotl in Minecraft was one of the most anticipated additions, probably second only to Warden, which was due to be released later this year. However, the two are part of the Caves & Cliffs update, version 1.17 of the game.

Here’s everything you need to know about the Axolotl in Minecraft!

The Axolotl was introduced to Minecraft for a good reason 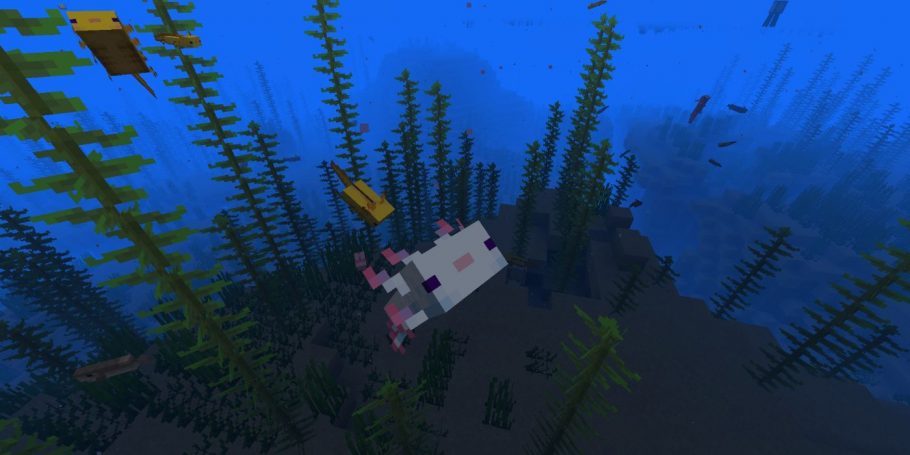 Mojang Studios has always been an advocate for environmental protection. That’s why the developer made a point of including coral reef biomes and animals like polar bears in the game to celebrate the beauty of nature and raise awareness of endangered species. Pretty commendable attitude, don’t you think?

The axolotl is no exception to this pattern. As much as Mojang could have picked any other species of amphibian to bring into the game, the axolotl was chosen because it’s an extremely rare and critically endangered species. Today it can only be found in Xochimilco and Chignahuapan, two lakes near Mexico City, Mexico.

The axolotl has five different colors 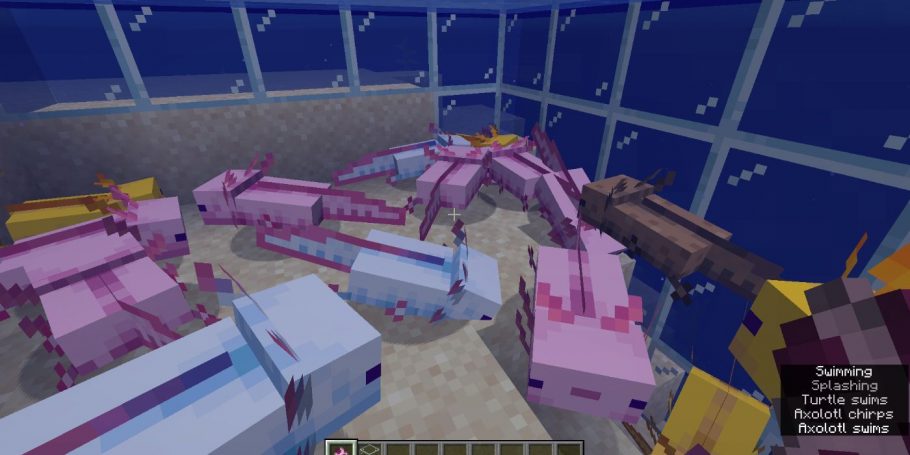 In Minecraft, the axolotl looks very much like it does in real life. It also has five different colors which are:

All colors are common in the game except blue. The colors were also based on the axolotl’s natural appearance, and blue is rarely found in the game precisely because it’s not an actual color of these amphibians.

The blue axolotl is incredibly special for a number of reasons. First, it is the least commonly colored axolotl type. About 1 in 1200 Axolotls will have this coloring in Minecraft, making this quite an in-game find. This number was used because there are actually only about 1200 axolotls left in the real world.

Another curiosity: the blue colorway was also suggested by Reddit user Darkiceflame, who pitched the idea to Mojang. Therefore, the developer decided to bring this very special version of the axolotl to Minecraft.

The axolotl appears in the water 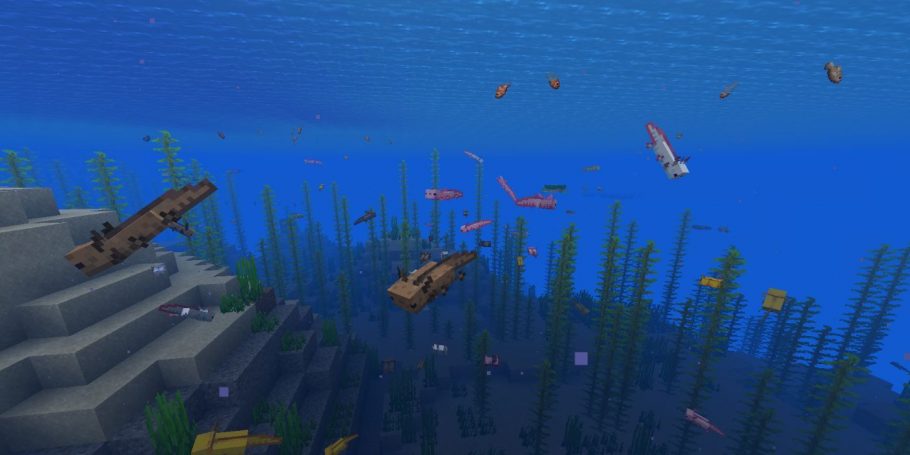 Since they are amphibians, it is not surprising that axolotls love water. If you want to get one of these in Minecraft you have to go to the nearest water location, whether it’s an ocean or an underwater cave. The darker it is, the easier it is to find the animal, so canyons and underwater caves are your best choices.

The axolotl behaves similarly to the squid, typically spawning where a marked block is less than 5 blocks below the spawn area. It also usually spawns in a group of no more than four specimens. The axolotl appears below sea level (Y=63).

The axolotl cannot survive without water 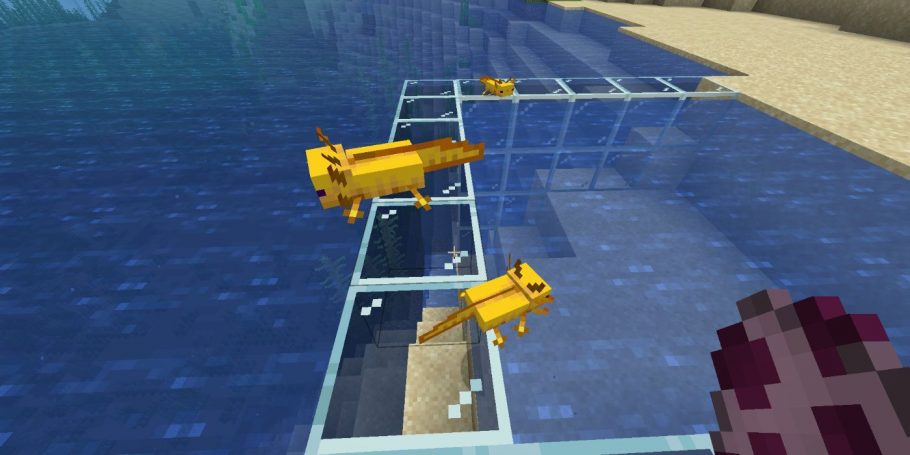 Although axolotls can crawl and even have a special animation for it, they don’t like to be in a dry place. Any animal that is on land will just crawl to the nearest water source or look for one as soon as possible. However, if they don’t return to the water within about five minutes, they will die.

During periods of rain or storms, axolotls tolerate land much better than most other aquatic species, which would normally suffocate in such situations. The secret is to make sure the axolotls are in a humid environment.

The axolotl is an aquatic predator 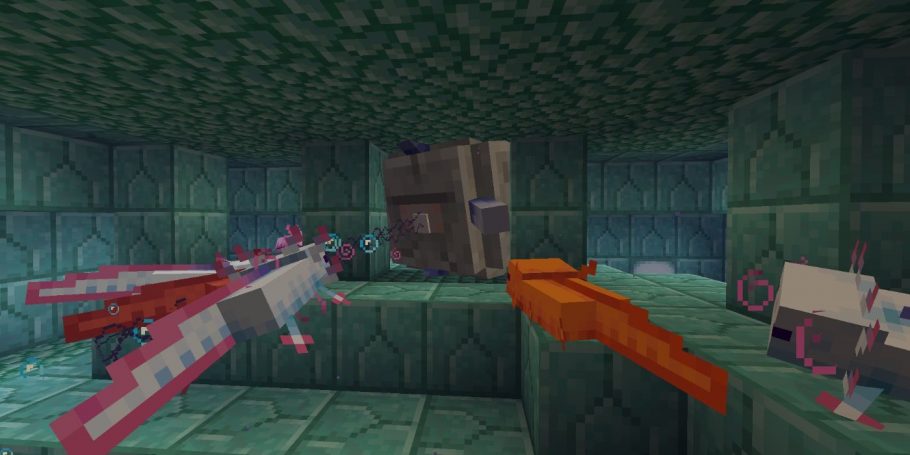 Don’t be fooled by its adorable looks. The axolotl is such an aquatic predator and leaves many dead fish floating in the water. They attack all mobs except dolphins and turtles and prioritize attacking enemy mobs such as Drowners, Guardians, or Master Guardians.

The axolotl will also consume any type of fish, even squid and glowing squid. The puffer reacts negatively to the axolotl’s approach and inflates, just like the players do.

The axolotl knows how to play dead 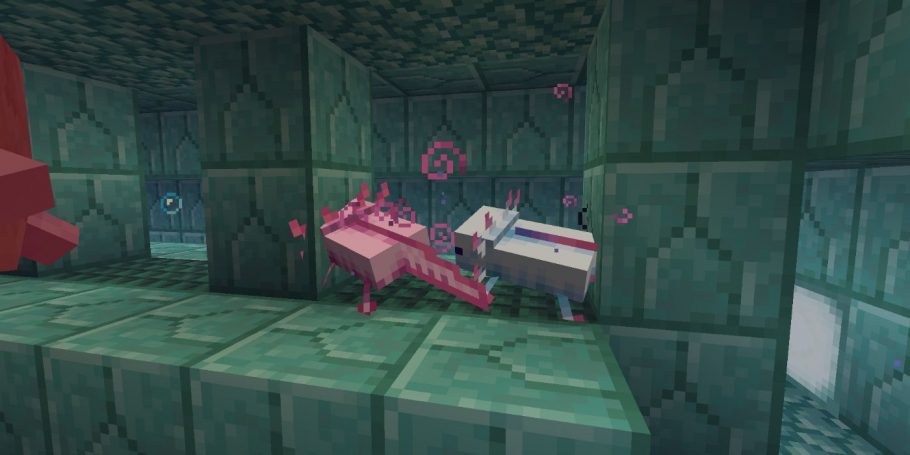 The Axolotl has always been considered a great aquatic companion in Minecraft. However, this was an aspect that was easily overlooked by Mojang in the game’s 1.13 update. However, the amphibious makes up for it with two very interesting abilities that make it a fantastic ally in combat situations.

When the axolotl loses health, it can play dead and float around until its HP is restored. During this time, enemy mobs simply ignore the axolotl.

The axolotl can be caught with a bucket or lasso. 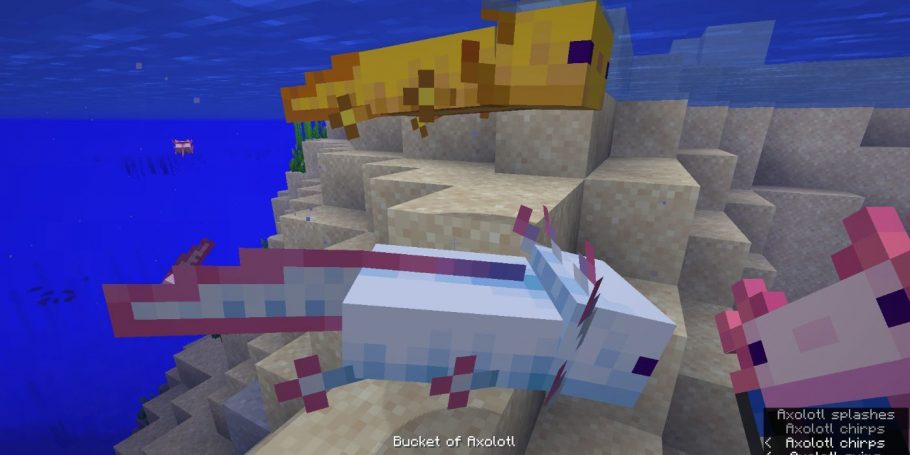 The axolotl is not very difficult to catch. However, the main difficulty is finding them. When you finally get it, grab a bucket or sling and approach it.

If you use the sling, the axolotl will go with you, but the bucket allows you to transport them more easily, even on land, since they won’t be exposed to drought. If you need to take your axolotl away, make sure you use a bucket so you don’t kill it.

The rope, on the other hand, is much more useful for, say, guiding the Axolotl in a battle against Guardians and Master Guardians.

Axolotl can be raised in a bucket of tropical fish 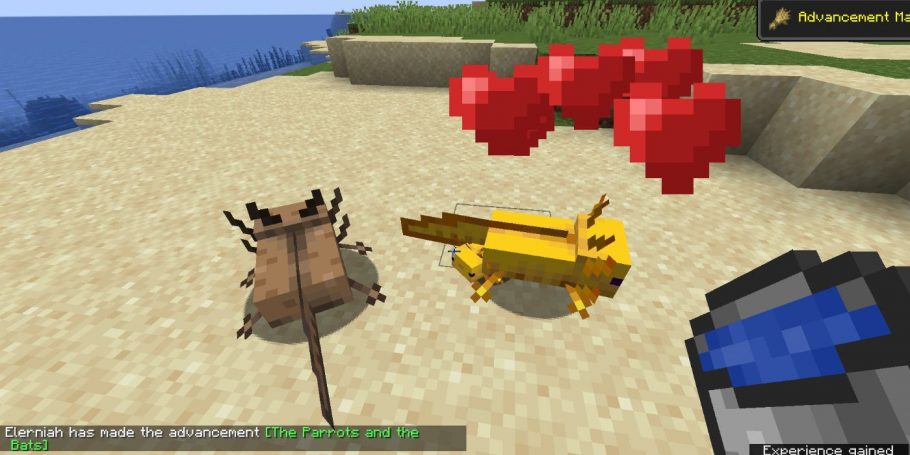 Creating an axolotl in Minecraft is also a very simple process. You need to place at least two of them in the same spot and then grab some buckets of tropical fish. In fact, this makes the Axolotl the first mob that can be crafted with items that cannot be stacked.

As with other mobs, right-click a bucket of tropical fish on the two axolotls and hearts will appear. A baby axolotl is born and takes about 20 minutes to mature.

In the beginning, a puppy always follows its parents. Usually, a baby will inherit a parent’s color, but it’s possible to be born with the rare color blue. 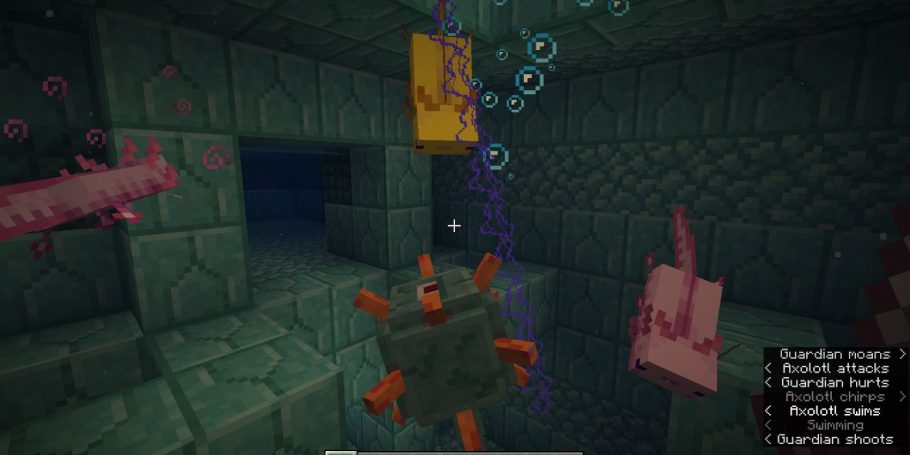 There are two achievements related to the Axolotl. However, only one is available in the Bedrock Edition.