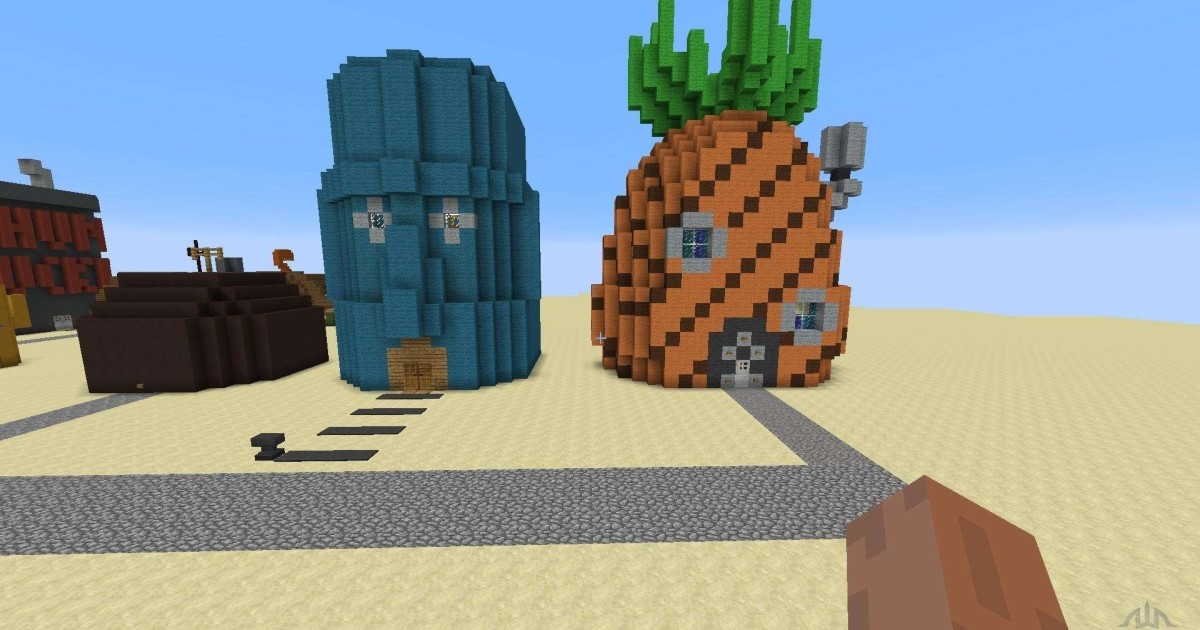 In Minecraft, the only limit is your own imagination (and your ability to visualize, draw, sense of space, etc.). So if you are looking for ideas to add to your world or just to test your building skills, check out 25 very interesting suggestions below to put together and show off later. 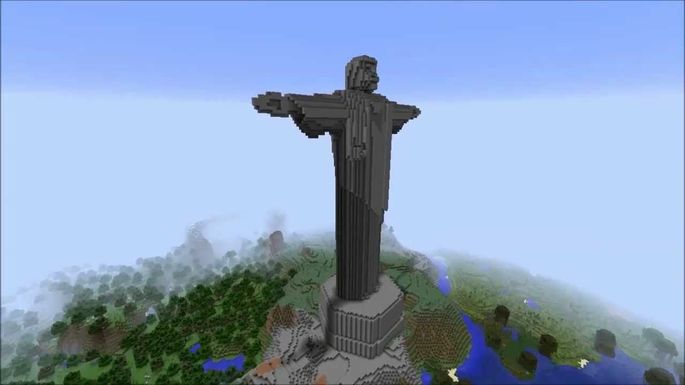 Probably the greatest Brazilian postcard, Christ the Redeemer, is a huge challenge for those who want to create real constructions in Minecraft. 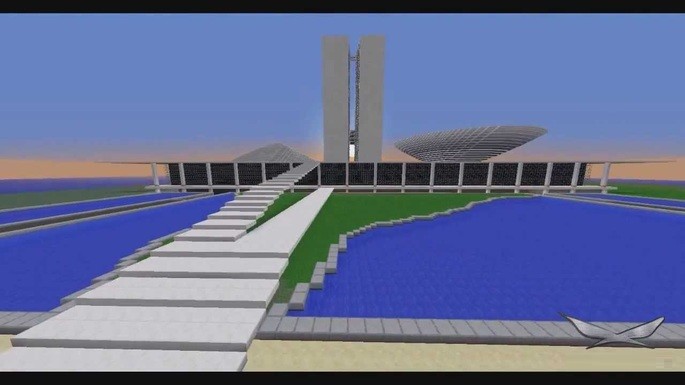 An image that is very familiar to every Brazilian. We learned the iconic format of the National Congress in school. 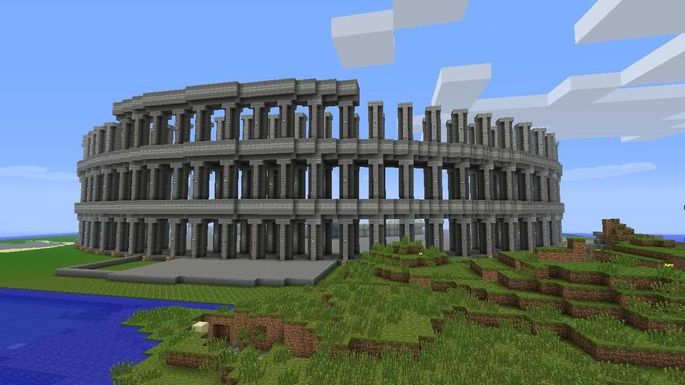 The Colosseum is one of the 7 wonders of the world and one of the most popular tourist attractions in the world. Big in size, small in complexity, we’d say it’s not even that difficult to play in Minecraft. 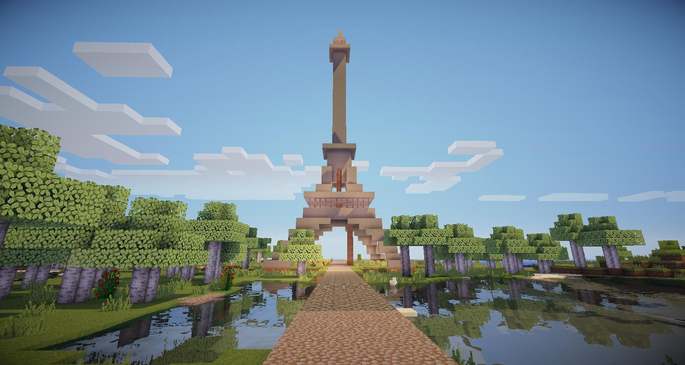 After the world famous postcards, the Eiffel Tower is another one that doesn’t require great skills in Minecraft. The above picture shows a beautiful example that, although very simple, immediately brings us back to the original. 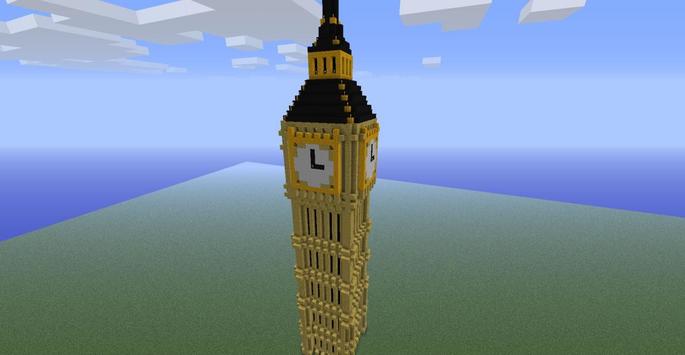 Let’s face it, this one is easy! London’s largest postcard is one of the easiest additions to your landmarks collection. 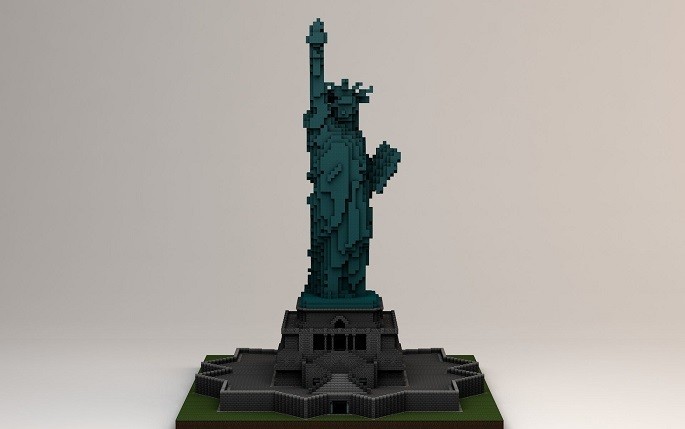 As the level of difficulty is greatly increased, the Statue of Liberty in Minecraft requires a lot more skills, especially since it requires human proportions. Can you still picture all of these postcards side by side? 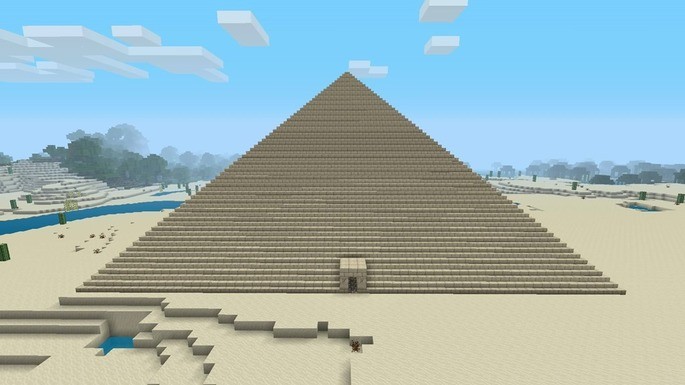 Briefly back to simple models, one (or more) pyramids would be pure show in your world. 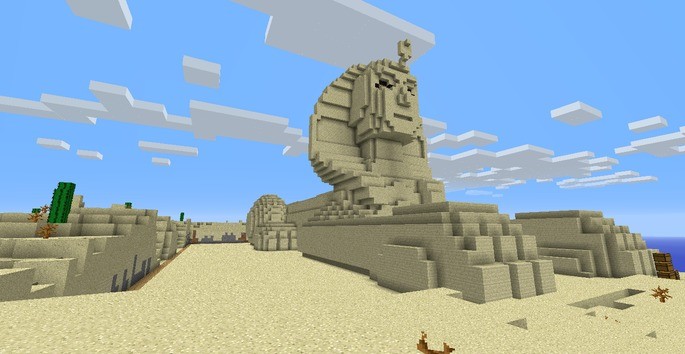 As a complement to the pyramid, the sphinx could not be missing. Okay, we know it’s MUCH harder, but that’s life. 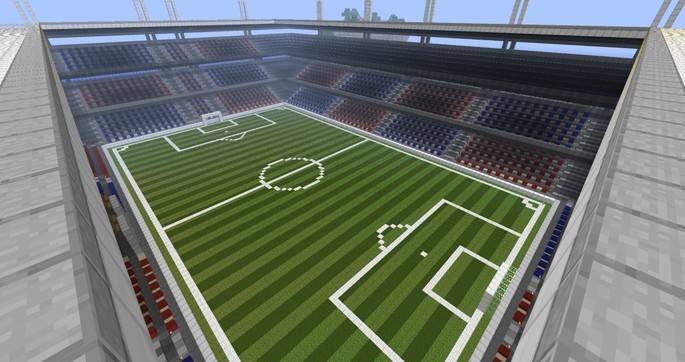 Now that we’ve finished the sights, let’s suggest things you can build to enrich your city. Imagine a soccer field of this size there. A nice challenge! 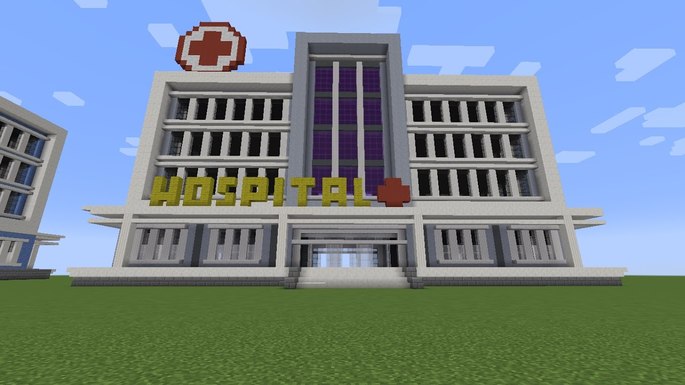 Indispensable, obviously. After all, where do the myriad of mobs you defeat go? Okay, maybe they’ll just disappear from the screen. 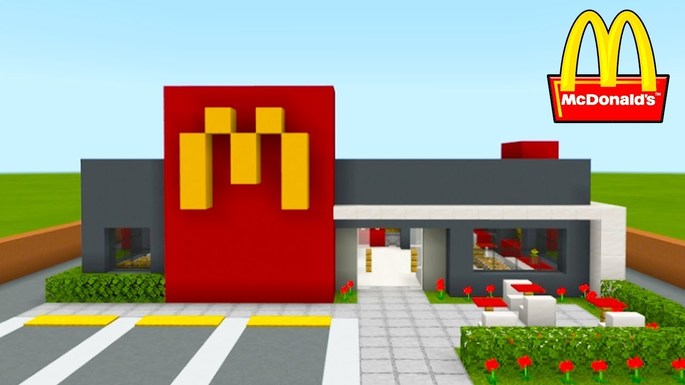 If you want to build an entire city in Minecraft then you know you can’t miss a McDonald’s. We recommend putting some command blocks in there to allow food to be dropped. 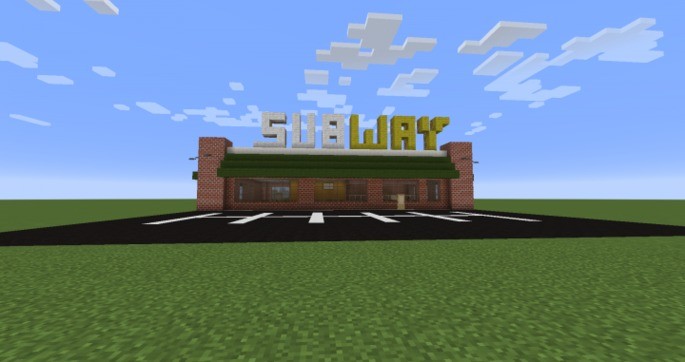 Direct competition. Everyone knows you can’t have a McDonald’s without a subway nearby. 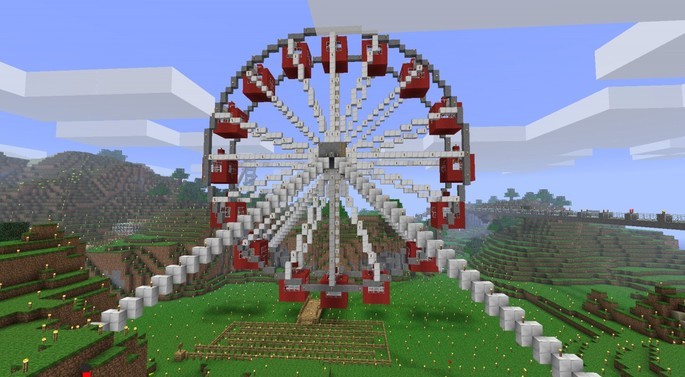 To add a lighter touch to your world, a ferris wheel is the perfect icon of fun. We thought about proposing a whole amusement park, but it’s too difficult … 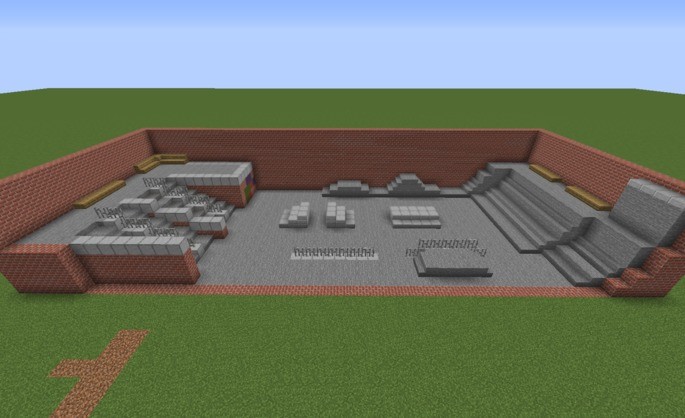 As an addition to the entertainment area, a skate park is a much easier option to build. 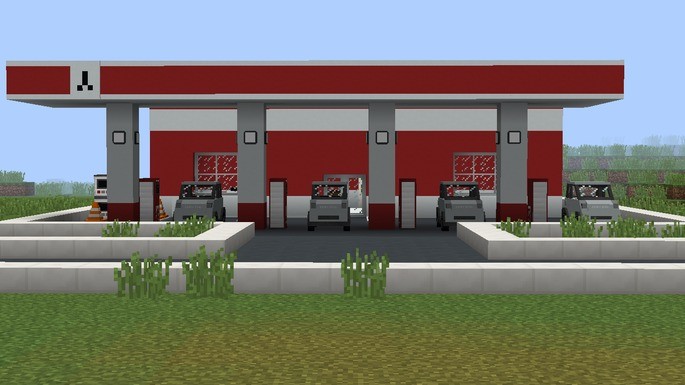 Simple, but that gives your city a more “elaborate” look. There are at least fair prices here! 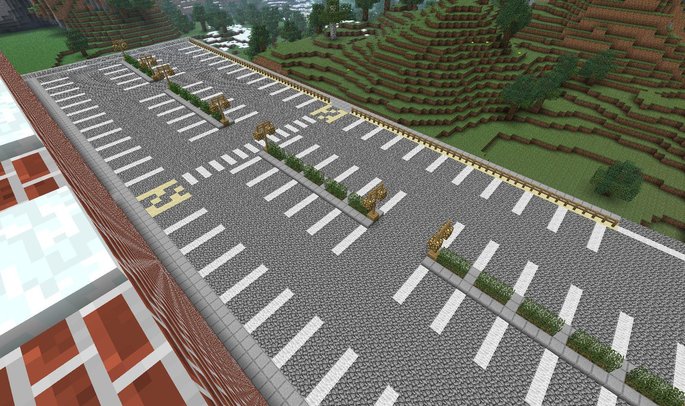 There’s no point having a hospital, McDonald’s, gas station, soccer field, etc. if you don’t have space to park your cars. 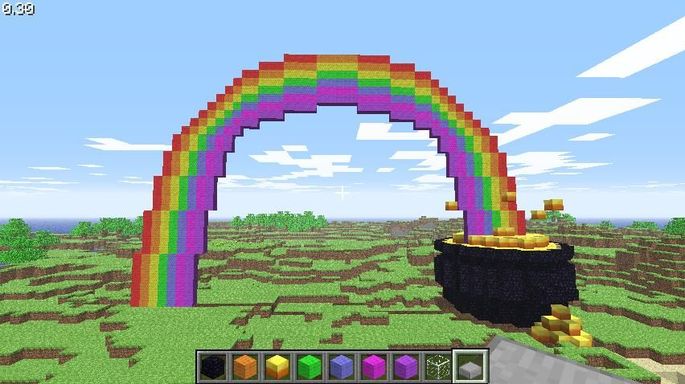 Imagine such a rainbow on your city skyline! Okay, this pot of gold looks more like a cauldron, but still … admirable. 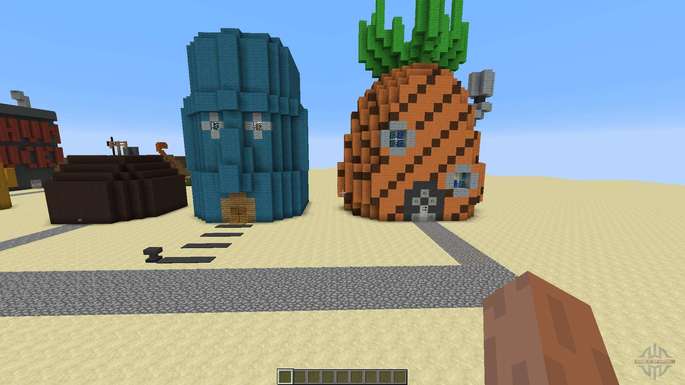 If you don’t know what we’re talking about, it’s time to review your concepts. The SpongeBob SquarePants scenario is well worth your time and effort. Here is the challenge for you to reproduce it in Minecraft. 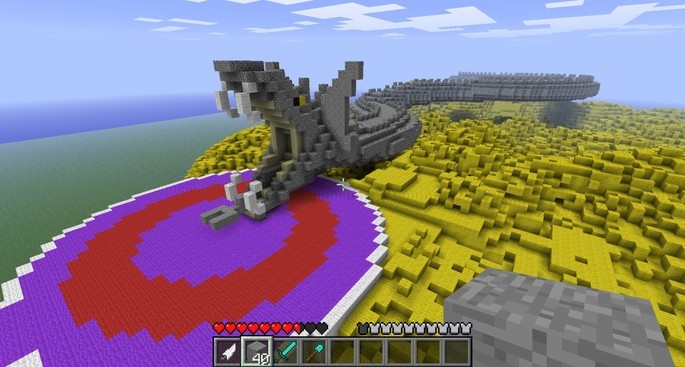 The younger crowd may not know, but the 90s know how much time you spend here. Getting to Lord Kaioh’s planet in Dragon Ball Z was arduous, but perhaps even more difficult to retrace in Minecraft. 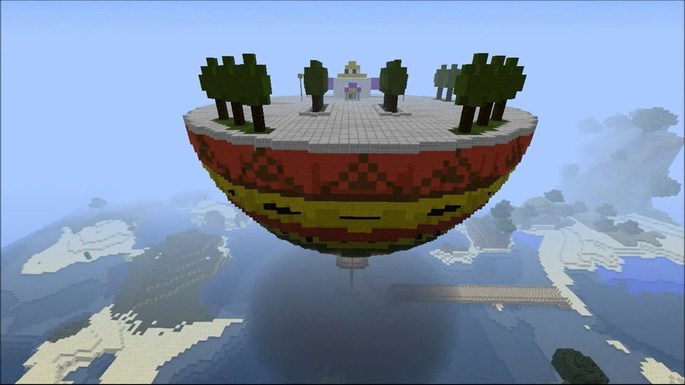 After Dragon Ball, the above image brings fond memories for any anime fan. Kami-Sama’s Time is one of the most popular locations in the series, and luckily for Minecraft fans and gamers, it’s not even difficult to build. 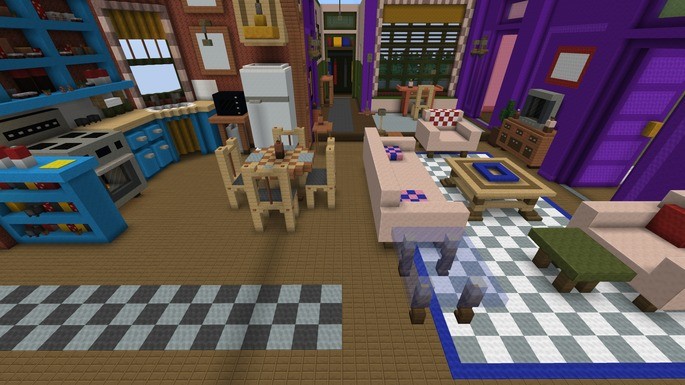 I bet there are people here who can build this without looking at a picture! The scenario in which most of the Friends series took place isn’t the easiest, but it’s certainly worth trying out.

22. The Game of Thrones wall 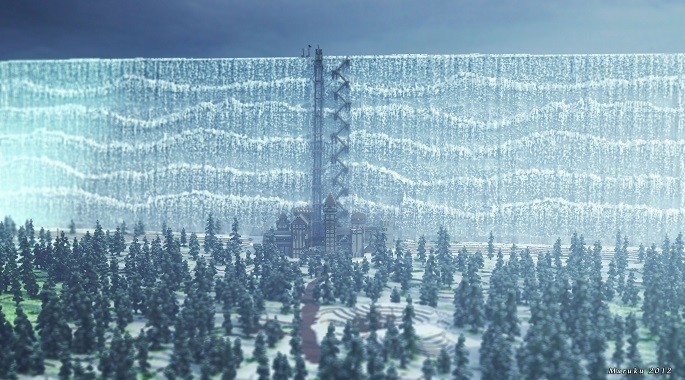 “The night is falling and now my watch begins”. Maybe you need a wall to protect your city in Minecraft, and as we saw in Game of Thrones, this is an incredibly effective solution as long as the enemy doesn’t have an ice dragon. 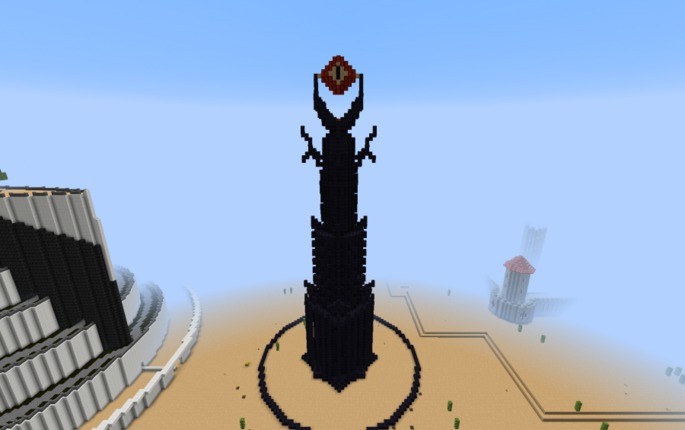 The Eye of Sauron has caused so much trouble to the fellowship of the Ring and Middle-earth in general, but its fate doesn’t have to be the same. Within the iconic locations of fantastic worlds, the Tower of Sauron is one of the easiest to build in Minecraft. 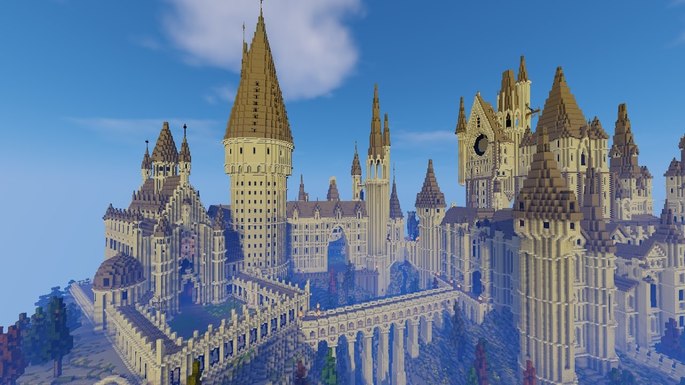 Sooooooooooooooo. Felt it, right? This is only for construction and Harry Potter experts. Perhaps a simplified version is more workable, but here is the suggestion for a very demanding project. 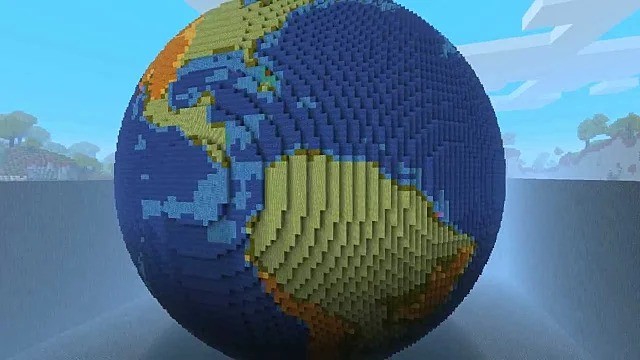 After all, only the entire planet earth. Nothing else.